Skip to content
Recently I wrote to Sen. Murkowski on the unjust effort of the federal government to tax poor Internet entrepreneurs trying to eek out a few dollars. She replied…
“On May 6, 2013, I voted against S. 743 because I believe this legislation unfairly infringes upon state’s sovereign rights, exposing online sellers to other states’ sales tax requirements.  Additionally, I have heard from business owners across Alaska who explained to me the time-consuming expense of complying with sales tax laws for every jurisdiction in this country
For states like Alaska who have chosen not to have a statewide sales tax, this bill creates an unlevel playing field among other states with sales taxes. Now is the wrong time to create additional regulatory burdens and paperwork for our small businesses and entrepreneurs, but despite my vote against the bill, S. 743 passed the Senate by a vote of 69-27. The bill has now been sent to the House. “ 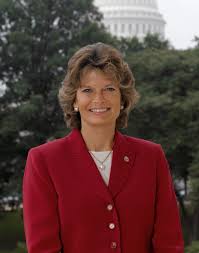