The United States had a lot of work continuing in 1946 when the Viet Minh started a civil war of revolution against France. France owned Indochina then and Vietnam was part of it along with Cambodia and Laos. Communism was a problem in China and Korea also was a concern. MacArthur had to oversee reconstruction of Japan and a Marshall plan for Europe was needed to rebuild Europe. Korea was administratively partitioned in 1945; war wasn’t too far away.

A wiki article pointed out that U.S. Sect of State George Marshall warned France that its colonial policy was obsolete. Yet the U.S. would not have found supporting Ho Chi Minh to revolt against France o.k. 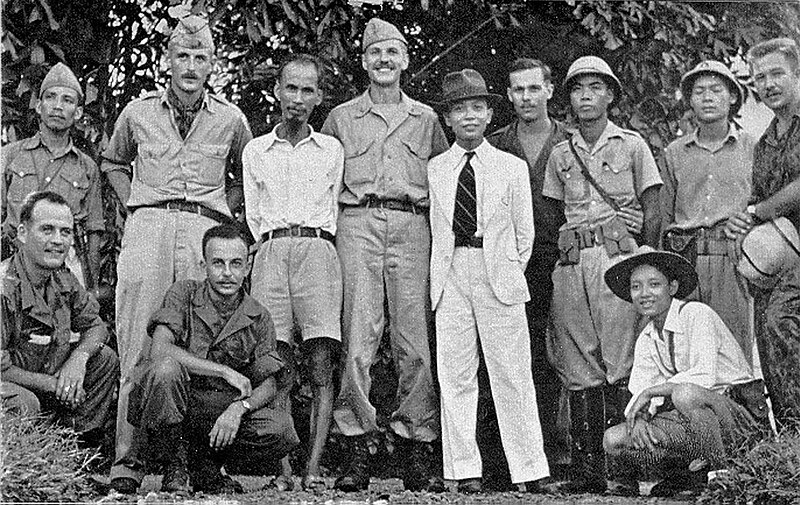 The French Fourth Republic- a provisional government that existed from 1944 to 1958 may not have been the best to address the Vietnam problem. France had a lot of war damage and didn’t have a spectacular military at the time. After the Japanese left Indochina and the Philippines there was a lot of human strife to recover from. It is reasonable that the Viet Minh wanted to assert national sovereignty with Ho in a revolutionary government since all the foreigners were malodorously cruel it might have seemed.

With a global circus of the tragedy of war to recover from and the complexities complicated by communism, Stalin, Mao etc Providing U.S. military support to the Viet Minh just wasn’t in the cards. The U.S. had a policy of containment of communism that continued through the next few decades that sometimes was a blunt instrument of policy that produced collateral damage. Sometimes people overlook the bureaucratic inertia that takes root in U.S. foreign policy (and in other nations too) that works against clever individual solutions for different nations and situations. The present Democrat party efforts to reignite a cold war with Russia is a good example. Perhaps the different policy stream vectors that shape formation of foreign policy are too many sometimes for a political leader to have an opportunity to deliberate and select the best course of action.