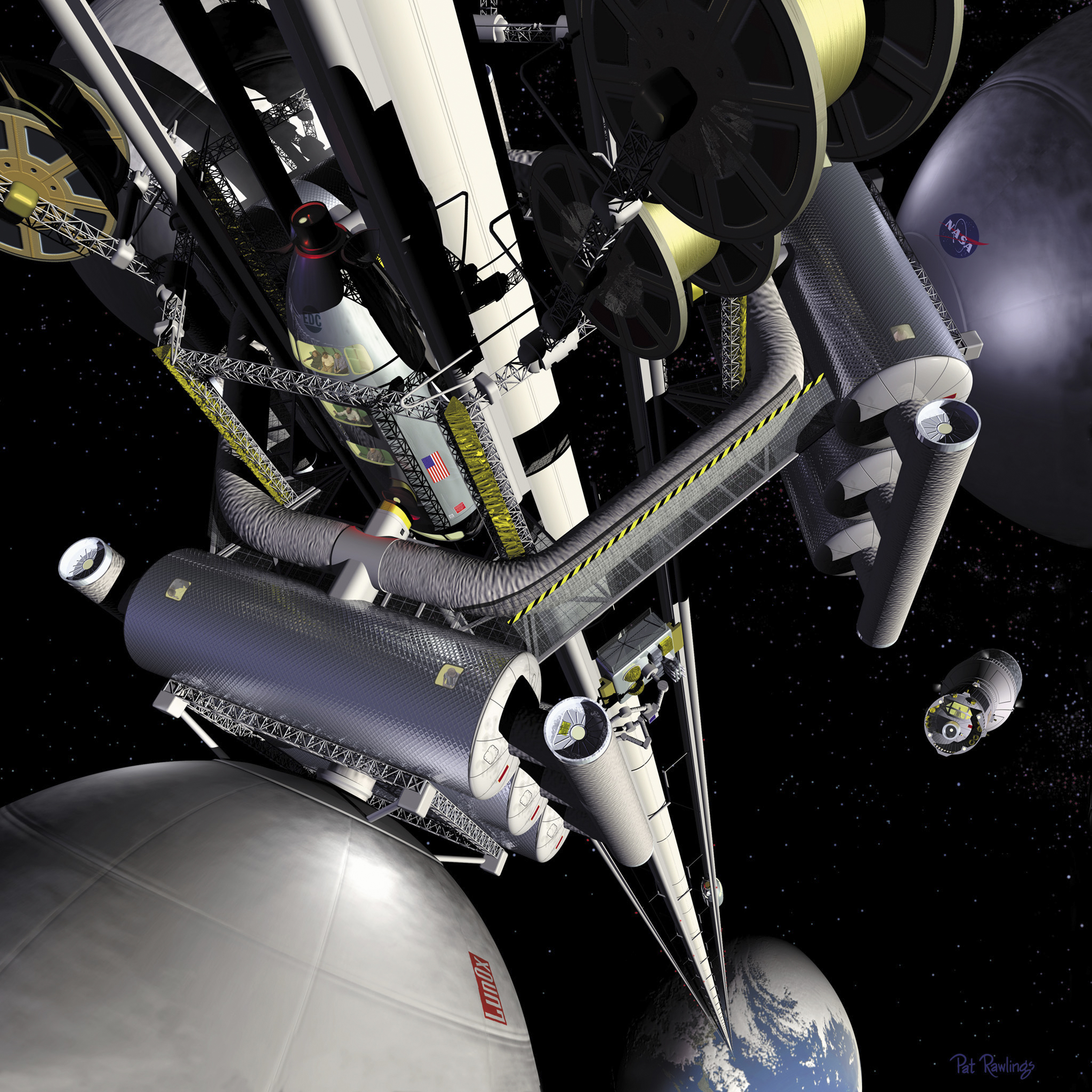 Assembling space elevator modules on Earth that could be set to work on the moon seems reasonably cost effective. The cable would be far cheaper than an earth to space elevator. If the space elevator cable was charged and super-conducting it could let passenger and cargo modules crawl up and down the line.

Easier to put together with lower gravity and nearly no atmosphere- along with superconducting possibilities and easy solar energy capture, a space elevator would allow unlimited orbital access to the lunar surface and back without the non-sustainable rocket fuel requisite since the lunar space elevator would be electrical. It might be possible to construct a space elevator cable constructing system module on the lunar surface. Aluminum as I understand it, natural welds in microgravity; maybe some powder excreted from loaded modules could build upward from the moon toward space 11.5 kilometers.

Super-conducting storage loops in low temperature super-conductor and solar panels or a nuclear generator should keep the elevator power supply fully charged all the time. Maybe there should be two elevators; one for cargo and the other personnel.

Developing thin or no-atmosphere space elevators as easy to install as placing an anchor from a boat to the seafloor might be useful on a variety of solar system moons and planetary missions.